12 Women Who Have Transformed Retail

When you think of women who have revolutionized the way we shop and dress, Gabrielle “Coco” Chanel (pictured above) is one of the first names that comes to mind. She’s credited with freeing women from the corset, making ready-to-wear desirable, and popularizing the designer perfume licensing model. Mademoiselle Chanel was one of the greatest female innovators in retail, but she was by no means the last. In honor of International Women’s Day today, we’re highlighting just a few of the modern women who are disrupting the way we think about retail.

Angela Ahrendts, former CEO of Burberry, and head of retail at Apple

In 2000, fashion journalist Natalie Massenet had an unshakeable belief that she could convince people to buy luxury clothing online. That may seem like a foregone conclusion today, but it was a longshot when Massenet launched Net-a-Porter in the nascent stages of online shopping. She connected with luxury shoppers by launching the site as a shoppable editorial magazine where visitors could click to buy the content. Long before Vogue and InStyle were linking items on their websites, Net-a-Porter spearheaded the concept.Moda Operandi was another game-changer in online luxury shopping. Founder Lauren Santo Domingo, formerly an editor at Vogue, was no stranger to pre-ordering the latest fashion straight from the runway. With her co-founder, Áslaug Magnúsdóttir, Santo Domingo democratized designer trunk shows by taking them online for the deep-pocketed masses.Online luxury boutiques hit their stride in the early 2000s, but heritage brands still struggled with communicating the luxury experience through digital platforms. Burberry, under the leadership of former CEO Angela Ahrendts, rose to the challenge. In 2006, Ahrendts set Burberry on a path to become the first fully digital luxury company. By embracing user-generated content, streaming runway shows, and launching see now, buy now inventory, Burberry became the top digital luxury brand. After her smashing success at Burberry, Apple tapped Ahrendts to oversee its retail division, and made her the highest-paid executive in the company.If these women proved that online luxury shopping could work, Gilt Groupe’s Alexandra Wilkis Wilson and Alexis Maybank demonstrated that discounted online luxury shopping could create an all-out frenzy. Gilt.com brought the idea of the luxury flash sale stateside, and made it exclusive by granting invite-only access to the site. When Gilt started in 2007, it took weeks to get off the invitation waitlist, and items frequently sold out within minutes of each sale launch.

Jennifer Heyman and Jennifer Fleiss, founders of Rent the Runway

Retail naturally highlights the divide between the haves and have-nots, but Vera Wang has been successfully bridging that divide for years. Wang became a household name for her celebrity wedding dresses and red-carpet looks. In 2007, she was one of the first female luxury designers to launch a long-term collaboration with a budget retailer. Wang followed up her Simply Vera Vera Wang collection for Kohl’s with her White by Vera Wang line for David’s Bridal. No matter the size of a shopper’s budget, Wang made her products accessible.Women who love designer fashion, but don’t have the budget for it aren’t solely reliant on diffusion lines and wallet-friendly collaborations thanks to Rent the Runway. The high-fashion rental company—started by Jennifer Heyman and Jennifer Fleiss in 2009—caters not only the budget-conscious, but the practical and eco-conscious, too. (Michael Bloomberg’s daughter, Emma Bloomberg, is reportedly an RTR client.) As of last year, the company had more than 9 million members and generated more than $100 million annually in revenue.Budget isn’t a shopper’s only constraint. For years, plus-size shoppers have felt alienated from the fashion world, even though the 68% of women in American wear a size 14 or above. Granted, brands like Lane Bryant have been around for decades, but the plus-size pickings were otherwise slim. Designer Jodi Arnold has helped shepherd in a new age of fashion-forward, plus-sized design based on the success of her brand, Eloquii. Arnold started designing the Eloquii line for The Limited in 2011, but the company quietly closed the plus-size label in 2014. Eloquii shoppers were devastated, so Arnold, along with a few members of the management team, found a private investor and relaunched the brand on their own.

Ghizlan Guenez, founder of The Modist

For some shoppers, the obstacle isn’t size, but coverage. Muslim women, for example, often struggle to find modest, fashion-forward clothing. At least, they did before Algerian entrepreneur and finance expert Ghizlan Guenez launched The Modist in 2017. The platform, similar to Net-a-Porter, bridges the divide between editorial and ecommerce, offering women of all religions and nationalities a covetable array of modest clothing choices. Modist promises “modest fashion, modern thinking,” and serves up the kinds of looks that could make even the most diehard bodycon devotee consider covering up.The most recent (and notable) champion of inclusive success is none other than pop-star-turned-entrepreneur, Rihanna. In 2017, Rihanna launched her Fenty Beauty line with 40 shades of foundation that spanned the skin-tone spectrum. Just one year letter, the Fenty Beauty inclusivity model had already started rubbing off on other beauty brands. Now, there are a dozen beauty brands that carry 40 shades of foundation, including CoverGirl, Maybelline, and Dior. MAC has even upped the ante to 60 shades.

While most social media accounts will never be monetized, there’s an elite group of bloggers and Instagrammers who pull in thousands of dollars every time they post an outfit. They can thank Amber Venz Box for making “influencer” a lucrative job prospect. With her husband, Box co-founded rewardStyle, an affiliate revenue monetization platform, in 2011. By 2017, it was driving $1 billion in annual retail sales. For their entrepreneurial encore, the Boxes launched LIKEtoKNOW.it in 2014 and the LIKEtoKNOW.it mobile app in 2017, enabling influencers to skip the blog and monetize directly through Instagram. In under a year, LIKEtoKNOW.it had 1.3 million users and drove $300 million in sales.Affiliate revenue isn’t the only thing that’s changed the retail landscape. Where brands were once dependent on advertising and high-dollar endorsements, now Instagram is offering companies additional ways to connect with potential shoppers. Eva Chen, the social media-savvy former Lucky editor, helps the fashion industry capitalize on the Instagram landscape as the platforms head of fashion partnerships. As Chen explains it, her role is “to help the fashion community tell their Instagram story better, showing them lots of creative options and coming up with strategies.”Women in retail are founding the industry’s most innovative companies. On International Women’s Day—and every day—let’s take a moment to appreciate these leaders who are shattering the glass ceiling and paving the path for a future generation of innovators. 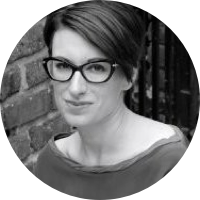