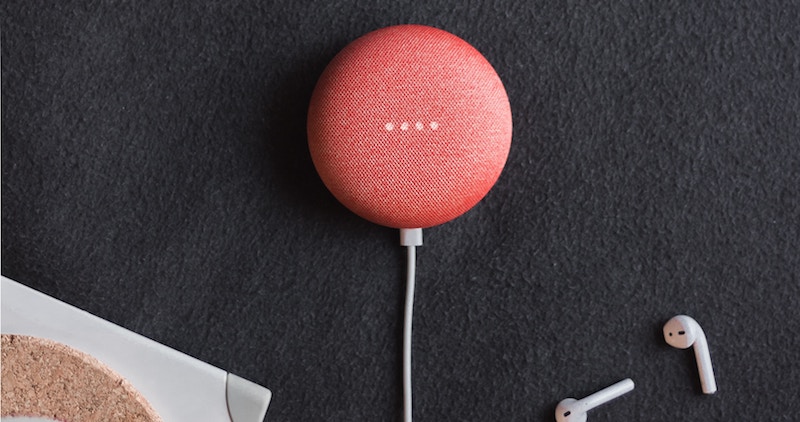 Hey Google: Show Me the Future of Retail

Google recently enjoyed one of those Silicon Valley magic moments, previously the heady domain of showmen like Steve Jobs and Richard Branson. At their I/O conference a few weeks ago, Google unveiled some new voice capabilities by demonstrating a couple of NLP (natural language processing) phone calls conducted by an eerily human-sounding Google Assistant conversing with real people at businesses to make reservations or appointments, forever redefining the “robocall”. In the future they also plan to create efficiency by taking info gleaned from a single call like that, for example to inquire about store hours during holidays, by publishing it in search results. Dropping jaws everywhere, this demo brought the “Westworld”-level future of synthetic human interactions frighteningly home to roost.

Although Google will be piloting these interactions over the summer with just a few “select use cases", the demo was a wake-up call that the future is approaching at breakneck speed, and we need to get a handle on its implications for how we live and conduct business right now.

The state of voice shopping in retail today

But what do the people want—and are they ready for this evolution? Magic 8 Ball says “yes”. When we asked consumers in the middle of 2017 how they felt about some emerging communication channels such as chatbots and the use of voice devices, we found about what we expected: it was early days, not very many consumers owned smart speakers, and attitudes were mixed.

So when we surveyed consumers again in November of 2017, before the holiday peak season that many (including us) knew would be a major tipping point for voice devices, we expected an uptick in ownership, but not at quite this rate: almost twice as many people already owned devices when compared to just 6 months prior, and nearly double also said they used it for shopping activities across the entire funnel. To repeat: this was before the holiday gifting season, during which 7% of adult Americans received a new smart speaker—for 4% of those folks, it was their first.

Beyond that, even more consumers are shopping by voice using the virtual assistant like Siri, Cortana, or Google Assistant right on their phones—most don’t even own a smart speaker.

What does it mean to shop by voice?

Although the majority of voice shoppers are researching products or adding them to lists, they’re also asking for support, giving feedback, and nearly a third are tracking packages—their use cases stretch across the entire customer journey. It makes sense when you think about this in context of these devices being virtual personal assistants. An assistant should be able to not only provide information on demand (“you have 10 more days to return that item”), but also friendly reminders (“your order is expected to arrive tomorrow and requires a signature”), smart updates (“the shirt you asked about yesterday is now on sale”), and take care of basic tasks to make your life easier (“I’ve emailed you a return label for that item, and sent directions to the drop off location to your phone”).

What does this mean to you as a retailer?

We don’t expect AI, whether through voice-activated virtual assistants or chatbots, to replace jobs filled by humans anytime soon. But obviously consumers are rapidly becoming comfortable with the always-on, self-service option to get basic information like store hours or to inquire about status of their orders or returns. Beyond that, there are other areas retailers can leverage this technology to supplement human customer care, including soliciting product feedback or reminding them of return windows to decrease time that inventory is out of circulation.

‍Download the full consumer report: "Connecting with Shoppers in the Age of Choice".