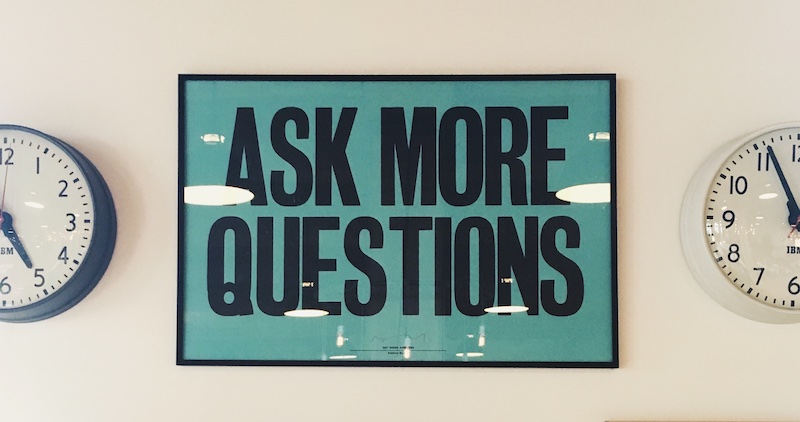 Sucharita Mulpuru is one of the country’s leading authorities on retail, shopping and mobile commerce. Many in the industry know her from Forrester Research where she was lead retail analyst focused on the intersection of technology and commerce for over a decade. She also served on the board of Shop.org, the digital division of the National Retail Federation, and was Chief Retail Strategist at Shoptalk. Sucharita is a highly-regarded and sought-after public speaker who is frequently cited in leading media outlets such as CNBC, Bloomberg, The Wall Street Journal, Fortune, and The Financial Times, and has contributed to Business Week Online.What you may not know is that prior to Forrester, Sucharita worked at leading retailers including Toys ‘R’ Us and Saks Fifth Avenue, where she was Director of Marketing for the $2 billion luxury retailer’s online channel. She also developed and executed marketing plans for new business initiatives at the Walt Disney Company, including Disney Stores, the Disney Cruise Line and Club Disney, and was involved in the expansion of ESPN Zone, ESPN Magazine and the Go.com network for ABC/ Cap Cities. Sucharita holds a BA in Economics from Harvard University and an MBA from the Stanford Graduate School of Business.Follow Sucharita on Twitter @smulpuru to stay abreast of what she’s seeing in the market. In the meantime, we got her quick take on some current hot topics in retail.

Where do you see the next big movement in automation?

We'll see ordering kiosks and self service in restaurants in the next few years (more of it anyway). We'll use more voice commands through devices like the Echo and Google Home and of course our phones. I've seen some machines help to take inventory counts in physical stores but even that may be replaced with better devices which are stationary, not necessarily robots.

Back in the day, kids used to be “mallrats”, hanging out at malls as social centers. How has that behavior changed and impacted brick-and-mortar sales?

Young people are still going to the movies and eating out. They are spending less disposable income on clothes which is why I think many mall merchants are struggling. Young people are obsessed with their phones and consume a lot of content on their digital devices obviously, so that is another culprit in the question of what's eating stores. And speaking of eating, young people spend more of their disposable income on food away from home, which is one of the reasons the restaurant industry has exploded in the last decade. That’s not to say it’s a good idea to own a restaurant because the restaurant world is one of the most competitive sectors in all of business, but restaurants have definitely taken share away from mall stores and traditional brick-and-mortar retailers for sure.

The customer journey has evolved so much since the advent of online shopping. What is one area that you think is ripe for improvement?

There is a tremendous amount of effort expended on tactics like personalization, but the one thing that still gets overlooked is the post-transaction experience. Every retailer is focused on conversion and new customer acquisition, but the efforts toward retention are just not as good as they could be.The other day, I ordered an item for my home and what I was sent looked nothing like the photo! The retailer's response was that I needed to drive to a FedEx Office location to return the item and if I wanted a replacement, that I needed to order one myself. It was really atrocious. Ensuring the out-of-the-box experience in online shopping is rock solid is key to customer retention, and there is no excuse that in 2017 so many retailers are still bad at it.Make sure customers are delighted when they open the package. If they need to return it, make it as seamless as possible. And of course, have clear and transparent tracking every step of the way so they’re not left guessing.

Why do you think buy buttons on social network sites haven’t worked?

Frankly they just aren't that common, so that is one obstacle. They’re really hard to find on Pinterest for instance. And then when they are visible, they aren't particularly easy (e.g. Instagram) or they often have incomplete information to complete a transaction (e.g. Pinterest). Houzz I think does a nice job and is the furthest along, and proof that it's very doable when you focus on it. I like the idea of “buy buttons” but they have a long way to go in execution.

Beyond the Warby Parkers of the world (and Amazon), who’s winning in retail?

Consumers are spending in aggregate in categories like home and auto now, so bigger ticket purchases. Have you seen Home Depot’s numbers recently? That company is on fire. Some restaurants continue to do well, as well as travel companies. In apparel, there are stories you wouldn't expect. J.Jill for instance is doing well. There are smaller companies like Boot Barn and Duluth Trading Company that are growing. Skechers has been on a tear recently. Ulta of course is doing very well. The drugstores like CVS and Rite Aid are growing when few other big retailers are.

Amazon continues to get high marks on their customer experience, including the returns process. How do you think other retailers can compete on that front?

I helped field a survey recently about the online returns experience (disclosure: it was in collaboration with Narvar) and there were some really interesting findings from shoppers about Amazon. Nearly half of returns were for Amazon shipments and the ratings during and after the returns process was off-the-charts positive. But the interesting thing is that Amazon shoppers are more likely to have to jump through hoops like getting return authorizations or finding different packaging. Amazon shoppers don't even get credited back particularly quickly.I think a significant part of the reason why customers still left happy, though, is that, besides the fact that Amazon keeps them informed of the status of their return and refund, the process is frictionless and essentially "no questions asked". You can retrieve your order history online, and in a few clicks have everything you need in order to return your item. I've returned items to other retailers and the process usually involves waiting on hold with customer service and having them send you an email that sometimes never comes. It's time-consuming, imprecise and the opposite of frictionless. Better and more accurate self-service in processing returns, as well as keeping shoppers informed about the status of their return, can go a long way.

What other findings from the study surprised you most?

A retailer's best shoppers are also its biggest returners. Returns still have a stigma and retailers regard it as a high cost of doing business online. What the data seemed to indicate, though, is that it's a missed opportunity for many retailers. Customers often purchase intending to return, and if you make it easy to return an item (particularly to physical stores), you can not only keep a customer loyal, but you may also be able to persuade him/her to exchange the item.We also found that young shoppers, those under 30, are actually more in favor of returning items to physical stores than older customers. As retailers lament foot traffic, returns could be a driver of that foot traffic. Retailers shouldn't dismiss that. Service and the Genius Bar are among the biggest drivers of foot traffic at Apple stores.

If you weren’t a retail analyst, what career would you pursue?

I've always wanted to be a documentary filmmaker. I love going to film festivals. Documentaries are my favorite part. I always learn about some pocket of the world I’d never considered. The more random the documentary the better.Download the consumer study on online returns that Sucharita and Narvar collaborated to produce: “Making Returns a Competitive Advantage”.