Do D2C Retailers Need Their Own Brick-and-Mortar Stores?

The first direct-to-consumer (D2C) brands that splashed onto the scene in the early 2010s were widely lauded for disrupting the traditional shopping experience. Compared to their brick-and-mortar counterparts, early D2C retailers like Casper, Warby Parker, and Dollar Shave Club claimed to be able to offer consumers better products at lower prices by eliminating the overhead costs associated with traditional wholesaling.

Yet, within the last few years, a curious trend has emerged: a growing number of D2C retailers are opening their own brick-and-mortar stores. While this may seem like a rejection of their original internet-only ethos, D2C brands have several reasons to make the move—from the ability to access new customers to the opportunity to create branded experiences.

But do D2C retailers really need their own physical locations? Spoiler: it depends. There are pros and cons that need to be considered for each unique business. And, for those retailers that aren’t ready to pull the trigger on a brick-and-mortar store, there are some workarounds to still offer a great customer experience.

Let’s take a look at some of the factors internet-only brands need to consider when making the move to brick-and-mortar retailing, plus some potential alternatives.

The biggest hurdle D2C retailers face when considering a brick-and-mortar is that, quite frankly, physical stores require serious investment. Ranging from rent and utilities to displays and inventory, there’s no doubt that brick-and-mortar stores can come with significant upfront and ongoing costs. Retail rent in Manhattan, for example, goes for an average of $597 per square foot, good staffing is becoming scarcer and costlier, and driving traffic to a physical location requires consistent local marketing.

But it isn’t just potential costs that need to be taken into consideration. Commercial real estate leasing commonly involves lease terms of 3-5 years or more. Though short-term leases are becoming more common, D2C brands need to carefully evaluate the risk that may come along with locking themselves into the costs of operating brick-and-mortar stores for years at a time.

However, these overhead costs aren’t the only thing that plays into a D2C’s decision about opening a brick-and-mortar store, and the following pros may outweigh the cost issue.

New customer acquisition channels are also a priority for many D2C brands because it’s becoming more and more expensive to attract new customers online. Google and YouTube’s CPM increased by 108% year-over-year between July 2020 and July 2021, while Facebook’s average ad costs increased by 89% during the same period.

Interestingly, physical stores may also help your digital acquisition costs. For example, we’ve heard from sellers that opening a new brick-and-mortar store in a given market also increased website traffic in that same geographic region. Gabe Flateman, co-founder of Casper, shared this sentiment, saying that the brand is performing much better in markets where they have a physical presence.

Physical stores make it easy to try on and test items

Increases in showrooming—the practice of visiting a brick-and-mortar store to interact with an item before purchasing it online—make it clear that consumers prefer to see products in person before buying, when possible.

It’s a no-brainer that physical locations make it easier to try out items before purchasing, which can also prevent the costly and wasteful need to bracket online purchases. But what’s interesting to note is the way many D2C brands are prioritizing the creation of branded experiences over the stocking of inventory in their brick-and-mortar spaces—presumably in an attempt to forge brand affinity through carefully curated consumer experiences.

In an article for HackerNoon, venture investors Justine and Olivia Moore share several examples of this practice, including Burrow—which featured an interactive GIF-maker in its first store—and Casper, which dedicates a significant amount of its storefront floor space to experiential ‘nap cottages’ containing its mattresses.

Not yet ready to open a physical store? Then you’ll want to invest heavily in your product description pages (PDPs) as an alternative to letting customers try the item in store. It’s in the PDPs where you want to alleviate any concerns and guide the buyer toward making the right choice for their needs. This includes things like clear product images, product dimensions, and user-generated content (UGC) like reviews and social posts.

Return rates for online sales continue to outpace return rates across all retail sales, according to 2021 data from the National Retail Federation (NRF). And since the returns experience affects whether 76% of new customers will come back and try a brand again after making a return, online-only retailers need to get it right.

Opening physical locations may make it easier for D2C brands to process returns and create a positive returns experience. But interestingly, although 41% of respondents to Narvar’s 2021 consumer returns study say they believe returning items to a store is easier than other options, only 9% actually made their most recent return to a store.

This perception gap suggests that in-store returns may not be as compelling as consumers believe. Instead, the study observed a growing appetite for convenient drop-off locations outside of retailers’ stores. Up from 17% in 2019, roughly 42% of participants in 2021 stated that they wished they could return items to convenient nearby locations. By tapping a return location network, D2C brands can provide that in-person returns experience without any owned and operated storefronts.

[Editor’s note: Narvar’s drop-off return location network helps consumers return items to more than 200,000 locations, like Walgreens and The UPS Store, to make it easier for buyers to return items without the upkeep of a brick-and-mortar location.]

Taking the above factors into consideration, the answer to the question of whether or not D2C retailers need their own physical locations is ‘it depends’.

Legacy D2C brands that have maxed their online potential may need new avenues for reaching customers and increasing revenue—and higher costs online mean that physical stores aren’t as comparatively expensive as they used to be.

At the same time, newer D2C brands whose growth hasn’t plateaued may not gain as much by investing in brick-and-mortar spaces. Accepting returns in-person isn’t as critical as some retailers believe, while new technology and marketing strategies can mitigate the impact of showrooming while increasing brand affinity online.

It’s only by evaluating these pros and cons—as well as factors like a retailer’s growth trajectory and financial health—that D2C brands can make the right choice for their needs when it comes to opening retail stores. 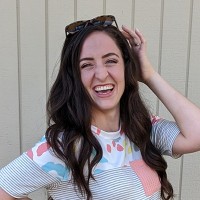