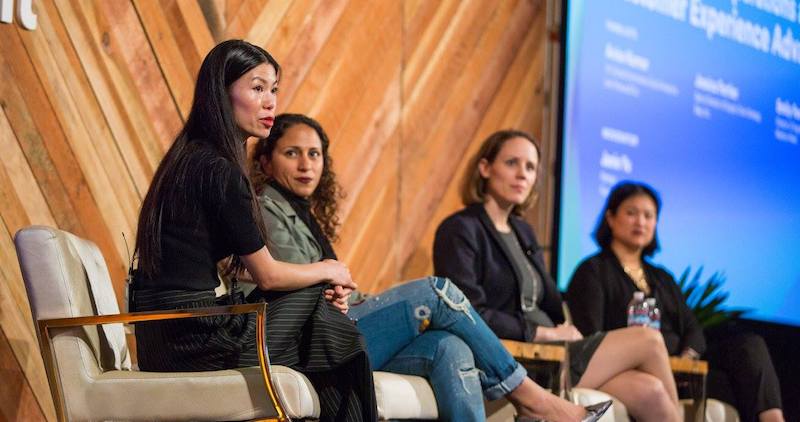 An interesting thing happened as we were putting together the program for our Narvar Summit this year. Without planning it this way, 2 out of 3 panels ended up composed entirely of women, including the moderators. The third panel was split 50/50. We chose the best speakers for the topics, and are privileged to know many of the highest quality companies and leaders in the industry - many of whom happen to be women.

As an industry that relies heavily on female decision-makers who hold the majority of the purchasing power, we could be doing better in gender-balancing control of the shopping experience. Especially since studies show that companies with a higher percentage of women in leadership consistently achieve higher profitability. The good news is we are more progressive on this front than many other industries: women make up about 30% of the executive suite at S&P 500 Retail versus 25% across all industries.

From Mary Dillon, CEO of Ulta, to Glossier’s founder Emily Weiss, to Stitch Fix’s CEO Katrina Lake, many powerful women influence how the world shops. We decided to celebrate International Women’s Day with a few of our favorite women in retail leadership.

There’s always a catalytic moment in one's career, good or bad, which inspires and defines a leader long afterwards. For Audrey Leibovich, VP Digital Marketing - Retention at Hudson’s Bay Company, it came from a woman in a leadership position. “My first boss at Avon was great about giving me credit for my work and exposing me to senior leadership. That both helped my career and showed me how important it is to help female colleagues.”

‍Janie Yu, Partner at Fung Capital, had similar support to ensure her rightful place in the limelight. “My (male) boss gave me the floor and power in a meeting of all men, when the counterpart took me as an assistant. The world we live in is not gender blind yet, and it’s extremely helpful to have colleagues — men or women — who support and nurture next-gen female leaders."

‍Danielle Quatrochi, SVP of Customer Experience & Innovation at Finish Line, learned an important tenet from a senior leader at Nike: how you work with people is more important than what you know. “She gave me real feedback about how I was being perceived when I was a young go-getter, that I said ‘I’ more than ‘we’.” That feedback helped Danielle become more self-aware, changed her perspective on how to be a great team player, and influences how she works with her team now.

How you work with people is more important than what you know. - Danielle Quatrochi, Finish Line

Danielle’s also often reminded that she has a responsibility as a role model for the next generation of women at Finish Line. “Younger moms will come up and thank me as a working mom of three girls. It’s very meaningful to them that I demonstrate balance between my work and my family.” She takes that influence seriously; beyond just providing a strong example of female leadership, she makes the effort to reach out to people to support them rather than waiting for them to come to her. “Whether it’s a work or life situation, I try to show empathy and help them feel comfortable making the right decision. We’re selling shoes — the world won’t fall apart if you go take care of what’s going on in your life right now.”

Being strong and fearless pays off

Kerry Cooper, former CMO at ModCloth and Walmart.com and CEO at Choose Energy, was inspired by a book, Nice Girls Don't Get the Corner Office, to make a change in her career path. "I was VP of Planning at the time and really fell in love with ecommerce. The book gave me the spark to go ask my boss to run ecommerce versus another exec who had it. It was scary. I sat down and asked. He said yes. Moral of the story? It doesn't hurt to ask - and it's important.” She does caution that you should support your request and manage expectations, though: "Be clear on why and what you'll deliver; if the answer’s a ’no’, learn from it. Also, my title didn't change for a year. I took on the extra role because I wanted the experience. I proved myself and had the basis to get the SVP promotion."

Don't be afraid to ask, but be clear on why and what you'll deliver. - Kerry Cooper

Janie learned a similar lesson in fortitude from her mother’s example. "My mother decided to have me, her second child, against the One Child Policy in China. She didn’t give up despite the immense pressure and difficulties. If you really want something, don’t give up, no matter what.” She also values women who reinvent themselves. Janie’s retail icon is Victoria Beckham. "She completely defied and changed people’s perception of her. She transformed herself from a not-so-talented pop star and footballer’s wife into a confident and successful designer.”

If you really want something, don’t give up, no matter what. - Janie Yu, Fung Capital

Philosophies of life applied to work

Some of the most important philosophies come from outside the workplace. “My grandma taught me to be fully present in life, in anything you’re doing: family, work, athletic opportunities,” says Danielle. An Olympic-qualified runner, Danielle has brought this keen attention to physical training, but also to her family. “It’s all about being in the moment and giving your complete focus to whatever it is you’re doing then, before moving to the next thing." The way this plays out in her work life? She focuses on being a good listener for her team and peers, and ensures she has a POV and is being heard. “Depending on your work situation, your voice can get lost in the mix. When you're present and participating, are a good listener and asking questions, you’re taken a lot more seriously."

Kerry offers a slightly different spin, inspired by a Charles Swindoll quote she’s had on her desk for years: 'We have a choice every day regarding the attitude we will embrace for that day. I am convinced that life is 10% what happens to me and 90% how I react to it. And so it is with you...we are in charge of our attitudes.’ She advises, "When you have that horrible morning, take the time to go back and rethink how you're bringing yourself to work. Bring your whole self and be thoughtful about your attitude."

One of Kerry's favorite pieces of advice? Don't get good at something you don't enjoy. "It's true. I can model in Excel like no one's business but it's not where I want to spend my time.” She recommends that you ask for and be thankful for feedback, and use that gift to really think about what you like doing and don't like doing. "When you're coming up in your career, there are infinite paths. I never expected when I graduated with an engineering degree I'd run a fashion retailer. Those years of working hard and exploring what energized me led me there.”

Janie agrees: "Don’t waste time on people or things that don’t interest and challenge you."

Don't get good at something you don't enjoy. - Kerry Cooper

Pledge to work towards gender parity in retail and beyond

This year’s theme for International Women’s Day is “Be Bold for Change”, which is defined by a number of actions which will help accelerate gender parity. Audrey plans to forge women’s advancement by mentoring junior female colleagues in her company. Janie will fight for true equality for herself, for women she knows, for women in general and men and women who face discrimination of any sort. Danielle wants to tackle the root of the problem by challenging bias & inequality across the board. How will you #BeBoldforChange?

‍More about powerhouse women in our circle of friends:

Janie Yu of Fung Capital: Investing in the Future of Retail (video)