How Shipping Carriers are Prepping for the Holiday Selling Season

If you're interested in what the carriers are up to this time of year, you may also want to check out the carriers' holiday ship-by dates and holiday surcharge information.

The 2020 holiday shopping season was one for the record books, and it’s clear that 2021 is poised to match or even exceed last year’s demand. So, with holiday buying starting earlier than ever—and with no end in sight to ongoing supply chain challenges—how are carriers preparing to navigate what’s shaping up to be another unprecedented year?

To better understand how regional, national, and international carriers are gearing up for this year’s holiday selling season, we took a closer look at the preparations being undertaken by four carriers: UPS, FedEx, Royal Mail, and OnTrac.

In UPS’s Q2 earnings call, UPS CEO Carol Tomé estimated that demand for the company’s package delivery services at the peak of 2021’s holiday shipping season will “exceed capacity by about five million pieces per day.” Yet, the company is not taking this challenging outlook lying down.

Tomé also reported that UPS is meeting with 300 high-volume customers to understand their demand projections, in keeping with one of the company’s three key areas of focus as it prepares for the holiday season:

“Flexing UPS’s network” has involved increasing processing capacity to be able to handle 130,000 more packages per hour than last year, as well as adding 11 new aircraft to the fleet in 2021 (part of a total planned increase of 54 aircraft between 2017-2022). Further, the addition of more than two million square feet of automated facilities means that, this year, “nearly 90% of packages will flow through automated facilities.”

Peak season surcharges targeted toward high-volume shippers and those experiencing demand spikes will also play a role in maintaining network resiliency, though rates won’t be as high as they could have been. Scott Price, President of UPS International, noted that costs for COVID-related expenses such as disinfectant, plastic dividers, and accommodations for workers affected by travel mandates have gone down. As a result, average shipping rate increases are likely to be well below the company’s 10-year average.

Seasonal hiring is also expected to offset delays, as UPS aims to hire more than 100,000 new workers. Yet, shoppers would still be wise to heed Price’s guidance: "I half-jokingly tell people 'Order your Christmas presents now because otherwise on Christmas day, there may just be a picture of something that's not coming until February or March.'"

Like UPS, FedEx aims to mitigate holiday shipping season bottlenecks through hiring and new surcharges. On the staffing front, the company is attempting to recruit 90,000 new seasonal workers—and it’s sweetening the pot with “competitive offers on the spot, temporary bonus structures, and pay enhancements that vary by market.” Pay raises and perks for existing FedEx workers are also on the table.

In addition, fuel surcharges intended to better reflect the costs associated with the current operating environment will go into effect November 1, 2021 for FedEx Express (U.S. domestic package and freight services), FedEx Ground, and FedEx Freight shipments. Many peak surcharges and fees are already in place and will remain in effect through January 16, 2022, as the carrier expects excess demand to spill over into the new year.

Beyond shipping service changes, the company is investing in measures intended to offer consumers greater insight into their shipments in order to minimize frustration. Ryan Kelly, Vice President of eCommerce and Alliance Marketing for FedEx Services, explains that the carrier has invested in “machine learning to be more precise around Estimated Delivery Date (EDD) from the point of shipment and along the package journey.”

International carriers are not immune to the labor shortages affecting US-based shippers. Royal Mail, for instance, is seeking thousands of temporary seasonal workers in hubs like Liverpool, Cardiff, and Swansea.

It isn’t just the COVID-19 pandemic that’s affected worker availability in the U.K., where Royal Mail is headquartered. The country’s ‘Brexit’ withdrawal from the European Union has caused many European nationals who may have held these roles to return home.

Fortunately, fuel shortages in the country have not yet had a significant impact on carrier operations.  Per a Royal Mail spokesperson in early October, “We have good access to fuel supplies and are operating as normal. We continue to monitor the situation.”

OnTrac opts for a different approach

Finally, on the regional scale, OnTrac—which implemented temporary peak surcharges for the first time this year—has taken a different path to modulating holiday demand. Effective September 1, the company stopped taking on new fourth-quarter business in order to serve customers who were already fully onboarded at that point.

Mark Magill, Vice President of Business Development at OnTrac, confirmed that the company had effectively reached its fourth-quarter capacity earlier in August 2021, as had other regional carriers. Yet, even with this control in place, Magill says that OnTrac may still have to cap volume for existing customers, due not just to excess demand but also ongoing driver shortages that continue to challenge the industry.

Ultimately, it remains to be seen whether the efforts of these and other carriers are enough to stave off the effects of peak season experienced during the 2020 shopping season. By preparing earlier, however, these companies are giving themselves the best possible chance to succeed in today’s high-pressure holiday retail environment. 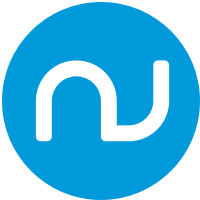