Now that the glitter has settled, we’re taking the time to reflect on our annual Pride festivities at Narvar. While we strive to create an inclusive culture every day, Pride month continues to be an important opportunity for us to learn more about how we can support LGBTQIA+ Narvarians and allies. This year, we focused on two pillars: education and inclusion. We sought to better understand the history of Pride and the meaning behind the celebration, allowing us to connect and foster compassion within our Narvar community. This year’s Pride was especially meaningful as it marked the 50th anniversary of Stonewall. The Stonewall Riots were a series of spontaneous, violent demonstrations by members of the gay community against a police raid that began in the early morning hours of June 28, 1969 at the Stonewall Inn in New York City. These demonstrations ultimately sparked the gay rights movement in the U.S. and around the world.One prominent figure from these riots was Marsha P. Johnson, an outspoken transgender advocate and activist for gay rights. To learn more about Johnson and her monumental role in the gay rights movement, our San Francisco team gathered around to watch The Death & Life of Marsha P. Johnson. The documentary follows trans woman Victoria Cruz of the Anti-Violence Project as she reexamines Johnson’s tragic death in 1992. Johnson was found floating in the Hudson River — originally ruled a suicide, many in the community believe she was murdered.

Many of us only know Pride gatherings as they exist today — celebrations filled with love, rainbows, and glitter. However, the first Pride parade, Christopher Street Liberation Day, was a commemoration of the Stonewall Riots, an event that cannot be described as loving or festive. Rather, it was an organized demonstration against political, social, and economic marginalization. Learning about Johnson and the riots shed light on the true significance behind Pride and helped us recognize how far we’ve come. We know Pride is about far more than just our rainbow decorations or Pride-themed office trivia and happy hours. Perhaps the most meaningful activity this year was hearing how Narvarians answer “what does Pride mean to you?” Below are some quotes from the team.

“Pride means celebrating all of the progress that has been made and reflecting on the work still to be done.”

“Everyone deserves the chance to live the life they want.”

“Not letting anyone tell you that you can’t do something.”

“Being proud of who you are.”

“Be your true self.”

“Be proud of who you are! Love yourself first.”

Through these initiatives, our hope is to make incremental steps toward a more inclusive world every day, not just Pride month.

Want to celebrate Pride with us next year? We’re hiring. 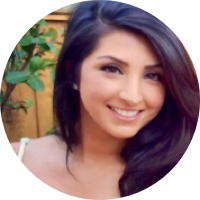 Sheeva is a Bay Area native working in tech recruiting and talent branding. She helped build the university recruiting brand and program at Narvar and Palantir Technologies.